IDEVAW is the UN International Day of Ending Violence Against Women. It is the beginning of a 16 day, global campaign spanning from 25 November through to the 10 December (International Human Rights Day) highlighting activism against Gender-Based Violence.

This year’s IDEVAW theme is “Don’t Shut Your Eyes to Domestic Abuse”, which means that it is imperative to support those who are particularly vulnerable.

We are lucky that our community has Jewish Women’s Aid (JWA), the only specialist organisation in the UK supporting Jewish women and their children affected by domestic violence and abuse. JWA was founded to support the thousands of Jewish women who, each year, will face physical, emotional, psychological, sexual or economic abuse from within their own home.

The last year has seen a huge rise in the awareness of sexual harassment, but it is also time that we pay more attention to women who need help and suffer from domestic violence and abuse too. One in every four women in the UK will experience domestic abuse in her lifetime, and the Jewish community is no different to any other.

We have been working alongside JWA and the Board of Deputies to establish how we can best provide a resource for communal organisations who may need help with handling the process of a sexual harassment case within the workplace. The JLC is committed to ensuring that all organisations across the community take sexual harassment, abuse and violence seriously and that a culture exists within our community where women feel comfortable enough to come forward about an experience they may have had, but better yet, a culture where there is nothing to come forward about.

It is not ever easy for women to come forward about their experiences or situation when speaking about any of these issues, but, as this year’s IDEVAW campaign, suggests, breaking the silence is the first step to transforming the culture of gender-based violence.

The government this year have committed to ensuring that safety: women and girls are safe and secure from all forms of violence, including sexual violence in conflict, and are in control of their bodies and health.

If you or anyone you know needs support from Jewish Women’s Aid, you can call their helpline number on 0808 801 0500. 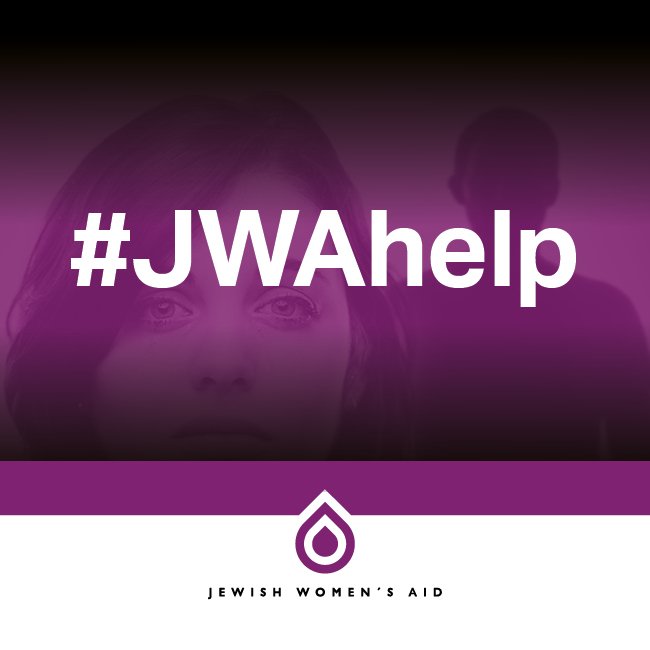 Joyce Fienberg, Richard Gottfried, Rose Mallinger, Jerry Rabinowitz, Cecil Rosenthal, David Rosenthal, Bernice & Sylvan Simon, Daniel Stein, Melvin Wax and Irving Younger – may their memory be a blessing and may their families be comforted among the mourners of Zion and Jerusalem.

Only two months ago Jews around the world stood shoulder to shoulder in synagogues reciting in unison the awesome words of Unetaneh Tokef – “On Rosh Hashanah it is written. On Yom Kippur it is sealed.” I could not have imagined that such a short time later we would come together to mourn the brutal murder of 11 of our brothers and sisters in the Tree of Life synagogue in Pittsburgh and my heart breaks for their families. To lose someone so abruptly and so ruthlessly is hard to fathom.

The new school year has proved to be as busy as ever for PaJeS with many projects taking place and in the pipeline. Here is a taster of a few of our upcoming activities:

Arsenal Project – Kicking off on 1st November, Hasmonean High School for Boys together with East Barnet School will be meeting at The Emirates where they will get to know each other and understand each other’s faiths. Students from East Barnet School are sending a mix of Muslim, Greek Orthodox and Anglican children to meet with the Jewish pupils from Hasmonean. The students will be split into small groups where they will find out about each other’s religions and then put together a presentation which will be delivered to primary schools on 12th November (during Interfaith week). The pupils will have the chance to play a football match on the iconic pitch and tour the stadium. We hope to offer this out to more schools next year.

Teaching Judaism Conference – On 7th November, 60 teachers from Catholic secondary schools from across the country will be getting together at Western Marble Arch Synagogue. The conference will revolve around 4 different workshops. Through the workshops, the teachers, will get to hear about topics such as Shabbat, Kashrut, Festivals, Tanach and Talmud, Life after Death and the Promised Land. Speakers during the day include Rabbi Lionel Rosenthal, Rabbi Michael Pollak, Clive Lawton and Nic Abery to name a few. During their lunch break, teachers will be able to browse a marketplace of interactive stalls where they will have the opportunity to make hamentaschen, write their names in Hebrew and make a meaty meal planner. The day will be a great way to learn about our religion and hear and see information first hand.

Last week, I had the pleasure of attending the UJIA Northern dinner, one of my favourite events of the year.

To celebrate 70 years of Israel, we heard 7 different stories from different areas of UJIA’s work.

Over the past year, there has been some fantastic coverage of UJIA in the press, not least due to HRH Prince William’s visit to Israel. At the dinner, we heard from young people that have been through UJIA’s fast track course, young people who had explored their identity on Israel tour and developed themselves on young leadership programmes. For nearly 100 years, UJIA has been building meaningful relationships between the UK and Israel, and seeing that displayed in the North of England was fantastic.

The JLC was delighted to play a role in the unique Jewish Gathering in Edinburgh over the weekend of 26th to 28th October. Around 160 Jewish people from all over Scotland – from the Western Isles and the Grampians in the north to Galloway in the south came together for a programme that included traditional Shabbat meals, inspiring speakers, music, discussion – and of course a whisky-flavoured tisch.

Claudia Mendoza: At a difficult time for our community, we had a positive story to tell Theresa May

This article first appeared on the Jewish Chronicle on 6 November 2018.

Last week, the Jewish Leadership Council led a delegation of our members to meet the prime minister.

To be given any face time at such a fraught moment for the government is not something we take for granted and we used our one hour assiduously and covered many issues.

Our meeting took place in the aftermath of the Pittsburgh massacre and Theresa May reiterated her commitment to fighting antisemitism and ensuring the safety of the Jewish community.

But we also had a positive story to tell of the contribution of our community to society. It was great to be able to showcase two of our more recent members - Chai Cancer Care and Work Avenue.

These are two organisations who do tremendous work within the community and beyond, get no government funding, and have offered to share best practice with others.

UK Parliament Week is an annual festival that engages people from across the UK with Parliament, explores what it means to them and empowers them to get involved.

There is something for everyone: whether you attend or organise an event. You can also take part in the online conversation using the hashtag #UKPW18.

Organisations across the UK run events and activities throughout UK Parliament Week which explore what the UK Parliament means to them and their community.

The Jewish Leadership Council (JLC) is delighted to partner with Parliament Week.

As the umbrella body for the 35 most significant Jewish organisations in the UK, the JLC plays a central role representing the Jewish community and facilitating its engagement with government, parliamentarians and wider society on a range of issues including social care, education and students, safety and security, social action and more. We work across the country, through our members, regional representative councils and across all denominations of Judaism to ensure the interests of our community are promoted.

As a minority, democracy and equality are important to our community and actively participating in Britain’s political processes is essential. Voicing one’s opinion, engaging with one’s local MP and councillors, and involving oneself in the public policy discourse are vital.

For those not regularly engaged in politics, it can sometimes be difficult to know how to get involved, so campaigns such as Parliament week, which make politics more accessible and easier to understand, are very important in promoting civic engagement.

I look forward to the JLC working with UK Parliament through resources and events to help our community, and the wider pubic, play a greater role in British political life.

You can download the Jewish resource booklet for Parliament week here.

There are 10,000 UK Parliament Week partners’ kits to give away once you’ve registered your event or activity. Your kit includes:

ToI conducted a lengthy interview with Jonathan Goldstein on the threat posed by Labour anti-Semitism under Corbyn. Then came Pittsburgh, raising concerns to a whole new level