Chanukah in the Square 2019 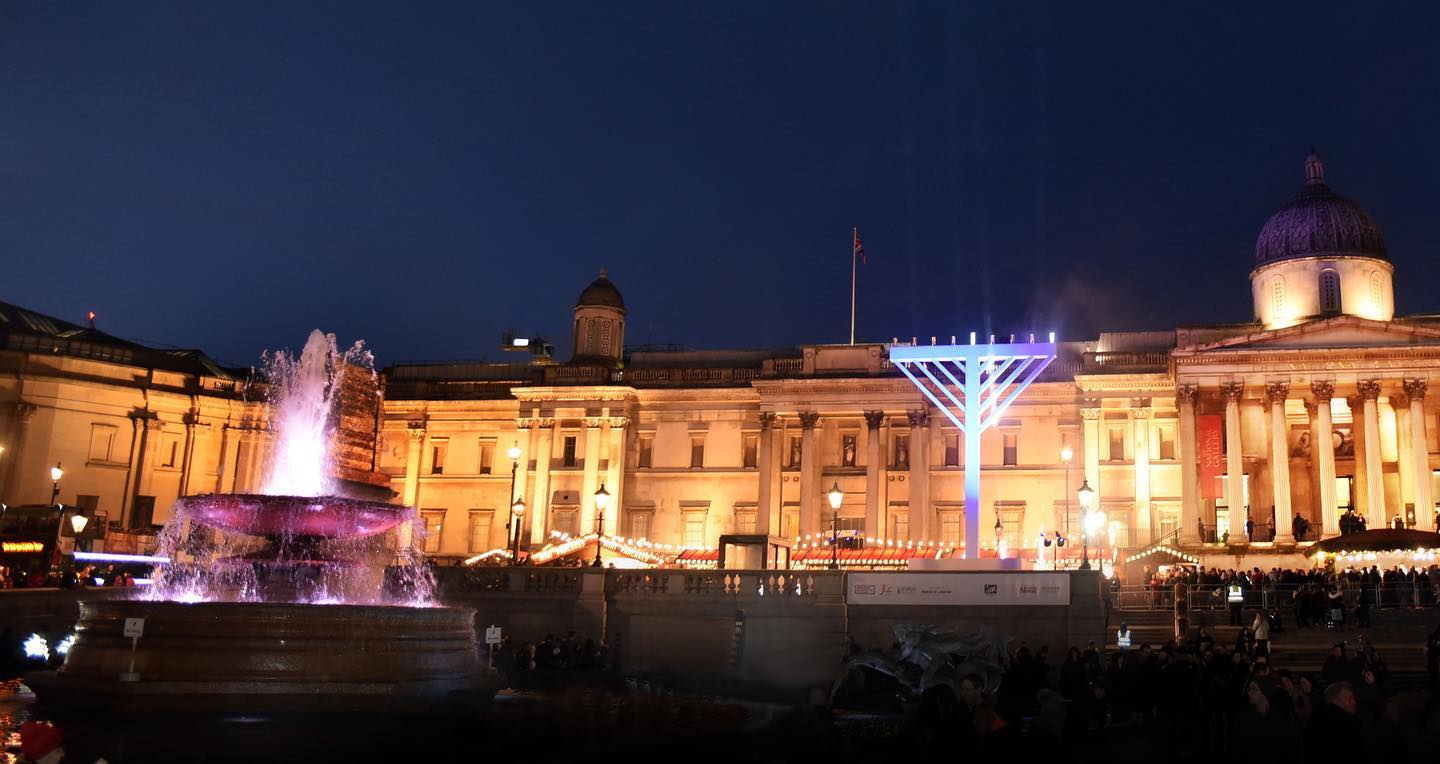 Chanukah in the Square is an opportunity for the Londoners to come together in unity at the end of the year. We are encouraged that our friends of all faiths and backgrounds joined us in celebrating the first night of Chanukah which commemorates the triumph of light over darkness.

Throughout the afternoon, there was several free family themed stalls and thousands of free doughnuts handed out by volunteers.

This event has become a staple in the communal and London calendar as the giant menorah stands tall in the heart of the city with the sounds of the blessings and live music ringing loudly through Trafalgar Square.

Chanukah in the Square is jointly presented by the Jewish Leadership Council, Chabad Lubavitch UK, London Jewish Forum, Mark Prudkin Fund For Culture And Art and supported by the CST and Mayor of London.

“Jewish Londoners have made an enormous contribution to life in our city for centuries which is why I am so proud to join members of the Jewish community and all Londoners, to light the menorah and celebrate Chanukah in Trafalgar Square.”

“We were delighted to welcome our community back to Trafalgar Square after a challenging year and greatly enjoyed sharing our festival of light with the Mayor of London and the rest of our great city.”

Vladimir Prudkin, co-founder of Mark Prudkin Fund For Culture And Art who sponsored the event:

"Our fund was named after the famous Jewish Soviet actor Mark Prudkin, one of the brightest Jewish actors that formed the most important Hebrew language theater, the Habima. Much like Moshe, who didn't get to enter Eretz-Yisrael, Mark Prudkin could not join his peers in Israel. The Mark Prudkin Fund is aimed at supporting and promoting Israeli art all over the world, and we continue to carry on with the mission of the great actor. This mission strived for over 100 years since Habima’s establishment. Today, at Trafalgar Square, we celebrate the unity of the Jewish people in the Free World."