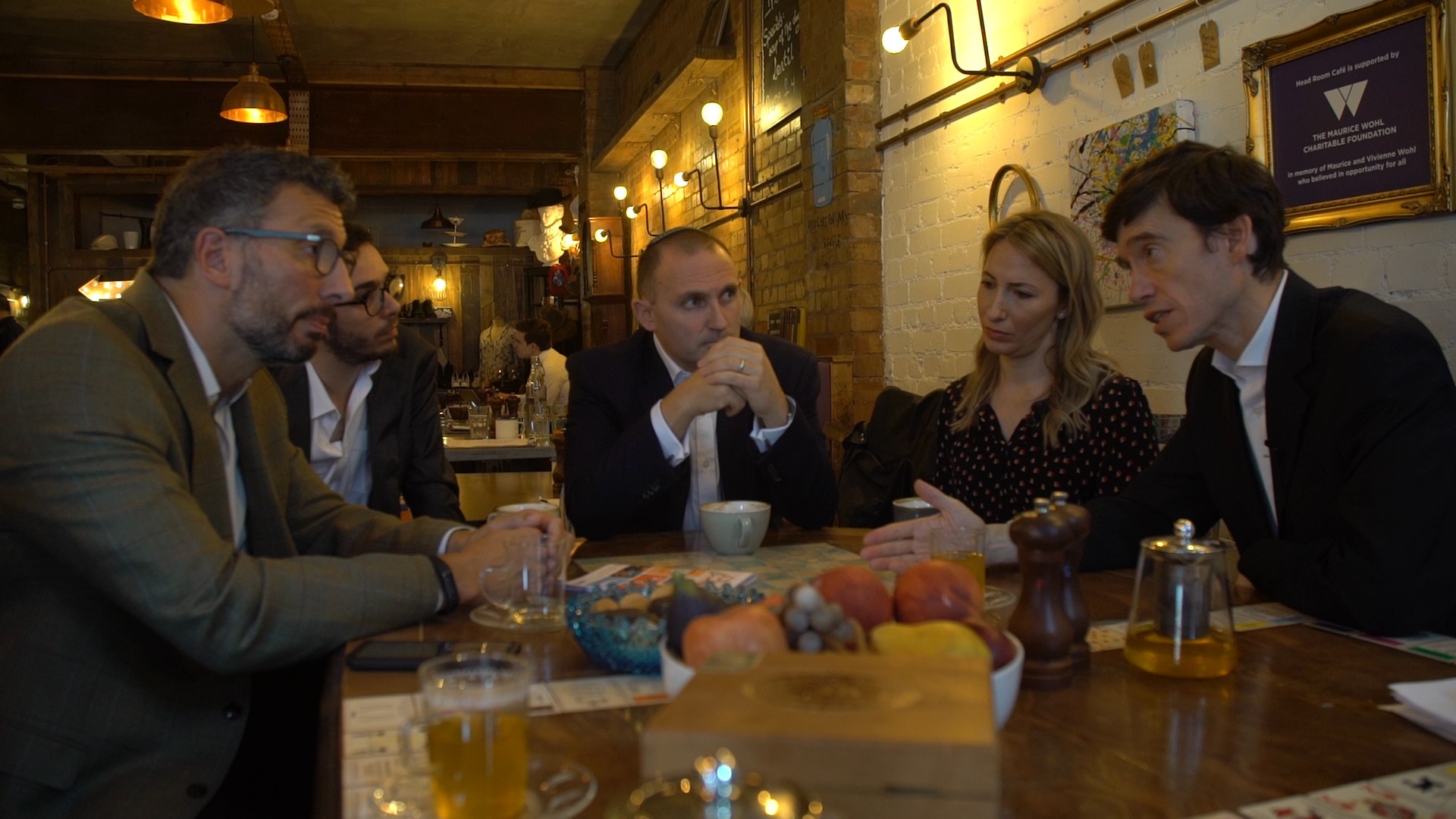 The pre-planned engagement that the JLC had arranged prior to his Mayoral announcement, introduced Rory to JLC member organisations including London Jewish Forum and Jami at their Golders Green Headrooom Cafe and Mitzvah Day, the Union of Jewish Students and JW3 at the Swiss Cottage Centre.

Rory also stopped passers by on Golders Green Road and in JW3 in his now trademark fashion to engage potential voters on issues they care about.

At the Headroom Cafe, Rory spoke with Jami Chief Executive Laurie Rifkind and Chair Adam Dawson about mental health issues facing the Jewish community. He also spoke with Andrew Gilbert of the London Jewish Forum about the community's priorities for London.

The JLC will has and will continue to engage with all Mayoral candidates and political party's in the run up to the 2020 London Elections.

We are delighted to be welcoming @RoryStewartUK to Golders Green this morning to meet with many of our member organisations. Starting with @JamiPeople at @headroomcafe in Golders Green. pic.twitter.com/t4VTqtq6Qy