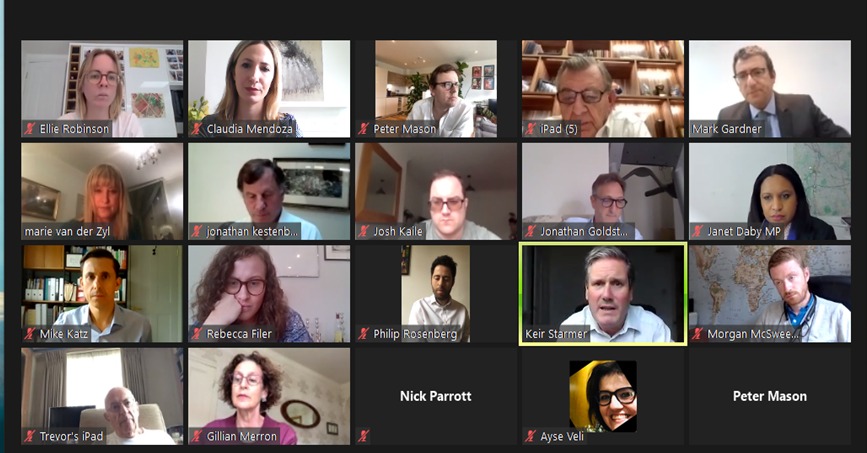 "We were grateful to Keir Starmer for making the time for today's meeting.

"We began the meeting with a discussion of the current Coronavirus crisis and an expression of our solidarity with black people in the face of the reminders of their experience of racism on both sides of the Atlantic.

"We then moved on to consider the progress that had been made on tackling antisemitism since Sir Keir's election as leader and our first meeting with him a few days after that.

"There was broad agreement that things are moving in the right direction, albeit with a long way still to go due to the scale of the mess that Sir Keir inherited. We urged Sir Keir to:

"Overall, we give credit where credit is due and thank Sir Keir for the progress made so far, and hope to be able to reflect on further advances in the fight against antisemitism in the Labour Party at our next meeting in October."