The JLC and Lead hosted an event on the 7th March to mark International Women’s Day (8th March) in Central London, aimed at professionals of all genders in the Jewish community to explore how we bring about effective change to the way we look at gender imbalances in the workplace.

The theme of the day was “Enabling change through Policy and Culture” to go alongside this year’s International Women’s Day theme of ‘Balance for Better’.

The aim of the day was to spark a robust conversation by probing the policies and culture of our communal organisations.

There were three panels throughout the day exploring different topics that working women in the community face.

Among the 60 attendees were CEOs, lay leaders and representatives from senior management and junior staff from a number of organisations across the community.

The JLC has taken a note of the many constructive suggestions that were made by panellists and participants and we will be looking at ways to move conversations from the day forward.

“We are pleased to be leading the way in creating the space for conversations on how we can better balance policy and culture for women in the workplace. This event was another step towards making our community a better place for women to work in.”

“Achieving the right balance between policy and culture can be critical in creating an environment to enable strong leadership development in our community. We want to see more diversity in positions of leadership and fewer situations where leadership is compromised due to gender or any other factor.”

The topics of all panels are described below alongside names of panellists and chairs:

A recent article from a Jewish media outlet described a scenario at a conference where a series of decisions for a company were taken during an after-hours, male only spa session. The next day, a female colleague found herself shut out from a number of processes and decisions because she had missed the ‘conversation in the hot-tub’. Similar scenarios are played out in arenas such kiddush clubs and golf courses. This workshop will explore the idea of the male-only space, and begin to explore the challenges this presents not just for the individuals who are shut out but for the organisation as a whole.

Care-giving has traditionally been seen as a woman’s role, but there has been a move by the government in recent years to promote change through initiatives such as shared-parental leave. Challenges of flexible working arrangements, understanding bosses and better work-life balance are just some of the things that care-givers have to contend with. This workshop will look at the classic dichotomy between policy and culture, and how we move care-giving beyond being a women’s issue. It will begin to explore how workplaces in the Jewish community can support alternative arrangements.

The #MeToo movement has changed the debate on sexual harassment and re-ignited the conversation around rape, consent and sexism. The Jewish community is not immune from experiences of sexual harassment or sexism in the workplace. We invite Jewish Women’s Aid to lead a discussion on what this means for our community, its leadership and organisations, especially with respect to the implementation of specific policies and office culture. 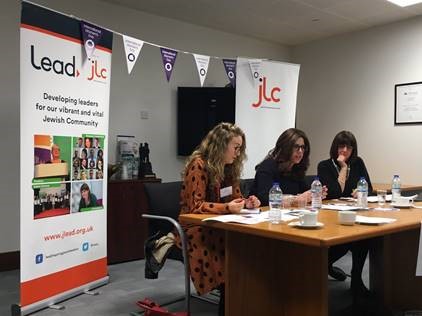 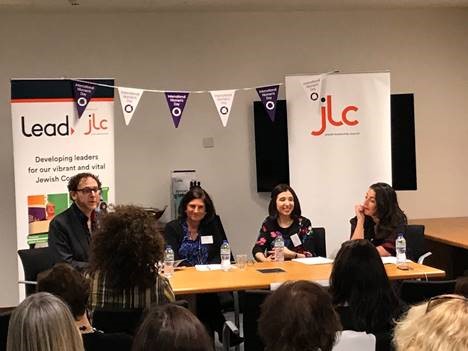 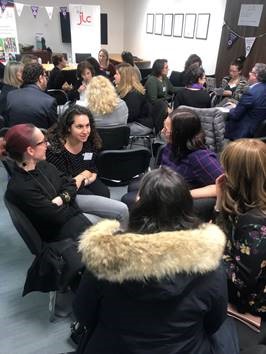 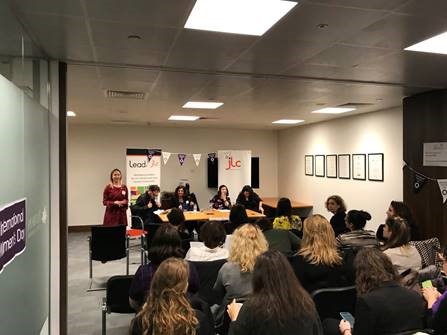