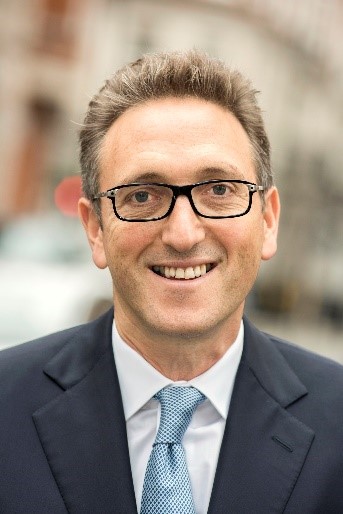 Jonathan is the Chairman of the Jewish Leadership Council, the umbrella body of British Jewry’s central organisations and charities. He was elected to the position in May 2017.

Jonathan grew up in Ilford where his parents and grandparents were involved in a range of organisations from the local shul and Ilford Jewish Primary School to the JNF and Jewish Blind. As a youngster, Jonathan was a member of BBYO, a participant in the ILTC programme and president of the Jewish Society at the University of Manchester.

After reading law at university, Jonathan joined award-winning international law firm Olswang LLP, becoming a partner at age 28 and the youngest ever chief executive of a city law firm at age 32. He later joined Heron International, working as a Managing Director alongside Heron’s founder and chief executive, Gerald Ronson CBE, and subsequently becoming Mr Ronson’s deputy in May 2007. Before Cain International, Jonathan was the Senior Managing Director and Head of European Real Estate and Direct Investment at Guggenheim Partners.

Jonathan has long been an active member of the Jewish community. Before becoming JLC Chair, he was involved in a variety of charitable organisations. He is currently the Chair of the Chief Rabbinate Trust, overseeing planning and fundraising and, together with his wife, Sharon, is an inaugural Honorary President of Camp Simcha, a charity working to improve the quality of life of children suffering from life threatening illnesses. Previously, Jonathan was Chair of Partnerships for Jewish Schools (PaJeS), the education arm of the JLC, where he also led the effort to restructure Jewish education in the Redbridge area. Previously, he was Vice Chair of Jewish Care and Chair of Governors of Kerem School in Hampstead Garden Suburb and a Trustee of Camp Simcha.