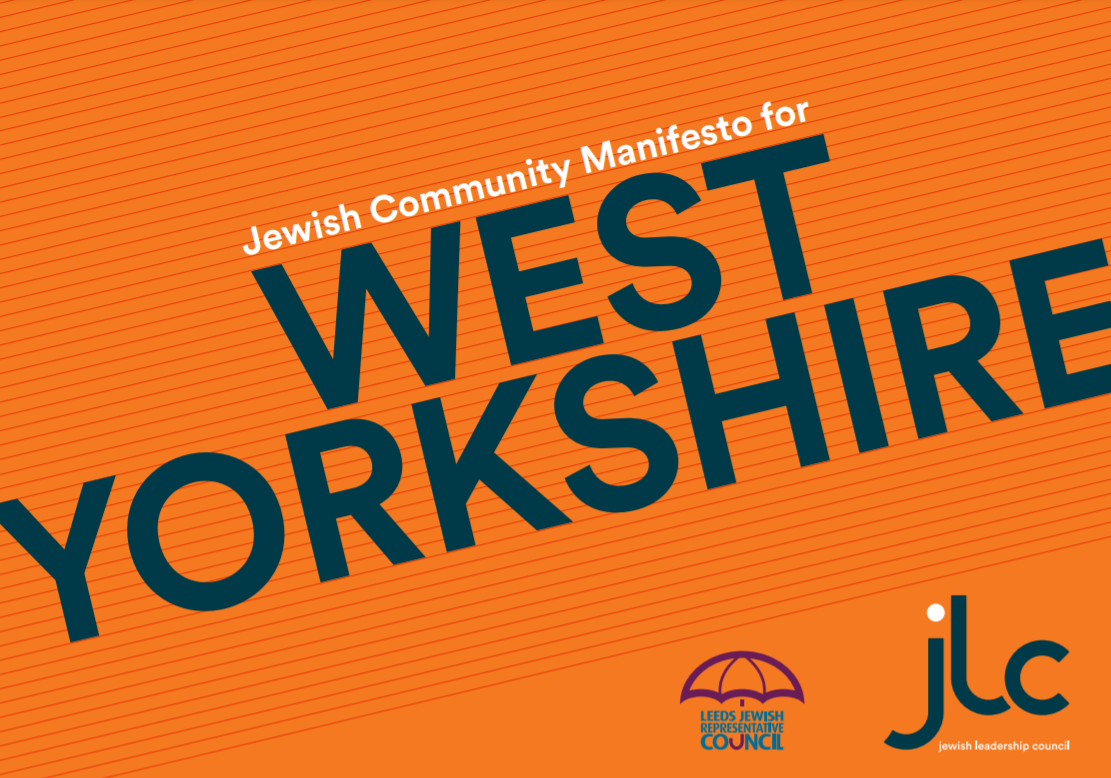 The Leeds Jewish Representative Council and Jewish Leadership Council (JLC) have today released their manifesto for the forthcoming inaugural election for the Mayor of West Yorkshire.

Further to the West Yorkshire Devolution Deal announced in March 2020, the region will now be electing its first Metro Mayor this May. The Mayor will chair the West Yorkshire Combined Authority, which includes the local authorities of Bradford, Calderdale, Kirklees, Leeds and Wakefield.

This manifesto launch comes in advance of a joint JLC and Leeds Jewish Representative Council hustings taking place on 26th April at 4:30pm. Confirmed candidates include Labour’s Tracy Brabin MP and Matthew Robinson of the Conservative Party. Stewart Golton of the Liberal Democrats and Andrew Cooper of the Green Party have both also been invited. The hustings will be chaired by Simon Myerson QC of the Leeds Jewish Representative Council.

The hustings will be streamed live and will be able to be viewed on the Leeds Jewish Representative Council and JLC Facebook Pages.

“The issues raised within this manifesto will require partnership with politicians and community leaders for years to come. We hope this manifesto can serve as a foundation of the work to be done during the election and beyond.”

The Manifesto can be viewed by clicking here.