More than 40 councillors from across the North West of England learned about the Jewish community at a councillor seminar on Sunday organised by the Board of Deputies, Jewish Leadership Council and the Jewish Representative Council of Greater Manchester and Region.

There were a significant number of council leaders and cabinet members in attendance, including the Executive Mayor of Salford, Paul Dennett. Many of the councillors were keen to learn more about the Jewish community, especially in light of tensions between the Labour Party and British Jews.

The seminar covered a wide range of issues including Jewish social care sector, Israel, education and the Strictly Orthodox Jewish community with sector leaders from different parts of the Jewish community talking through the areas of expertise.

Among other speakers were Chief Executive of the Nicky Alliance Day Centre, Michelle Wiseman, the Principal of Broughton Jewish Primary School, Rabbi Yehuda Perlman and the Director of We Believe in Israel, Luke Akehurst and the Director of Community Services at The Fed, Bernie Garner.

Board of Deputies Senior Vice President Dr Sheila Gewolb urged Manchester councillors to sign up to the organisation’s Jewish Manifesto for Local Government and support their Jewish constituents. She said: “These are anxious times for the Jewish community in the UK, with growing antisemitism and political turmoil. You can help Jews in your area by signing up to the Jewish Manifesto and its 10 Local Commitments, by consulting your local Jewish representatives and listening to both the aspirations and the fears of your constituents.”

Marc Levy, North West External Affairs Manager, Jewish Leadership Council, said: “It is vital that our community engages with council leaders and local Councillors. I am pleased that so many Councillors have taken the time to learn more about the Jewish community by seeing first-hand the tremendous work being undertaken by so many of our member organisations. I look forward to continuing the discussion as to how we can work together over the coming months.”

Jay Charara, Vice Chair and Public Relations, Jewish Representative Council of Greater Manchester and Region said: Considering the current political climate and the increase of antisemitism in British politics, we felt that it was important to engage with local and regional councillors from all parties in order to present a true and accurate picture of the Jewish community in Greater Manchester and wider region.” 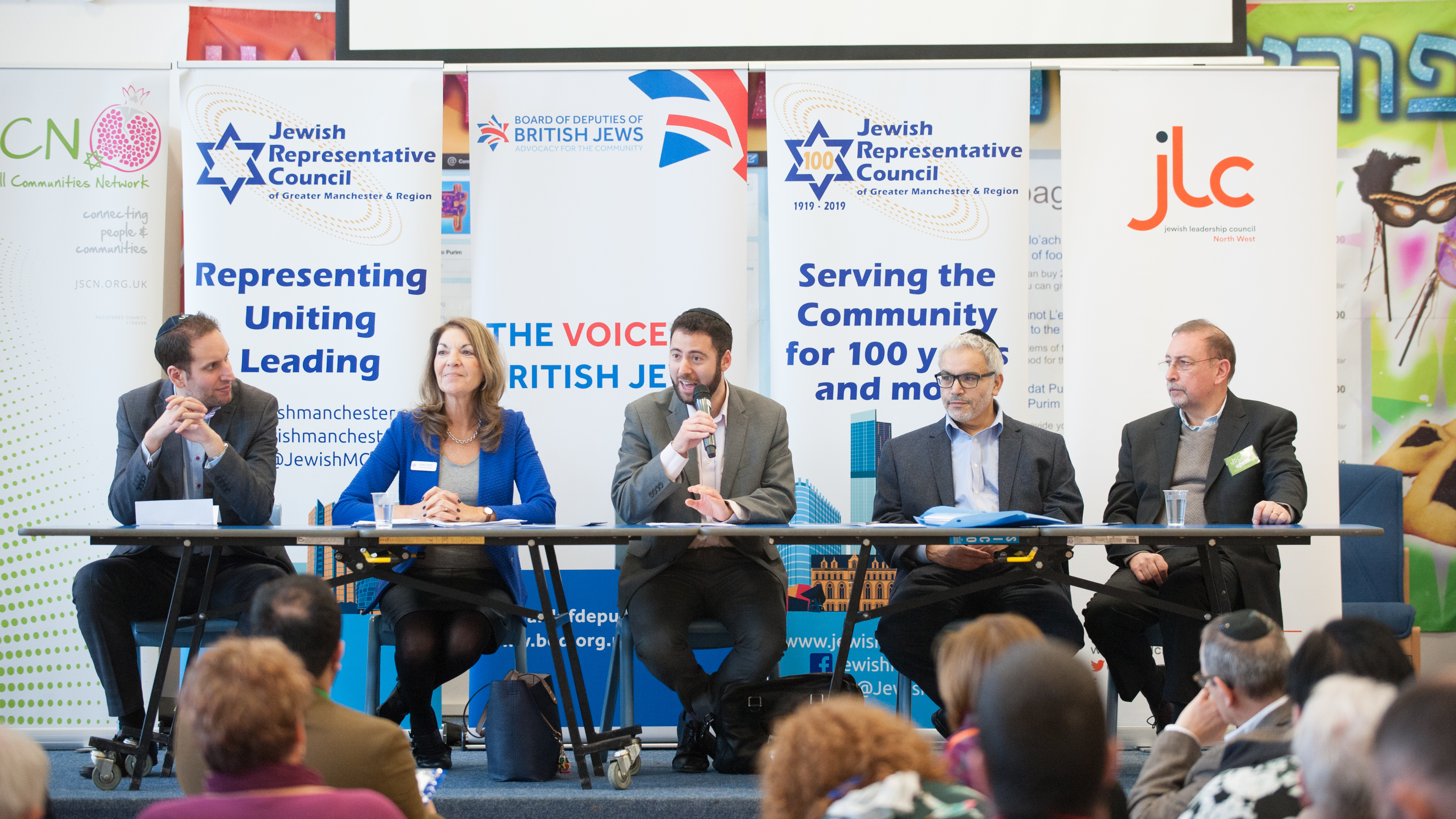