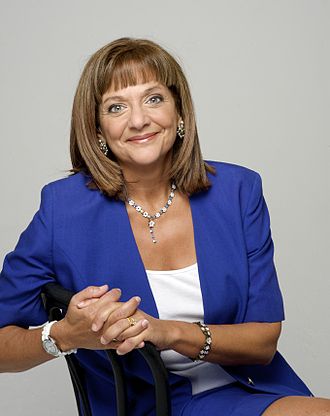 Baroness Ros Altmann CBE is an award-winning expert on later life issues – particularly pensions and retirement policy, investment, savings, annuities and social care funding. She is an economist by training and worked in fund management in the City for many years. She has advised Governments, regulators, industry bodies, corporates, finance firms, trustees and consumer groups and was Minister of State for Pensions from 2015 to 2016. She now Chairs the pension fintech firm pensionsync and is an adviser to the Board of Huntswood Group and social enterprise business SalaryFinance.

She has devoted much of her career to highlighting financial injustice, helping ordinary members of the public pro bono and explaining complex financial or economic issues for the layperson. She is highly regarded as a consumer champion.

Ros was awarded a CBE for services to pensioners and pension provision and was Director-General of Saga Group, the over 50s specialists from 2010 to 2013 and was the UK Government’s Business Champion for Older Workers from 2014 to 2015. She was elevated to the House of Lords in 2015 when she became Pensions Minister.

Ros started her career as an academic at University College London, London School of Economics and at Harvard University, researching and publishing on UK pension policy, occupational pensions and retirement.

After this, Ros managed institutional investment portfolios for 15 years, including pension funds, insurance funds and mutual funds, as well as advising central banks and private client fund managers. She was Head of International Equities at Chase Manhattan’s International Investment Operation in London, and a Director at Rothschild Asset Management and at NatWest Investment Management.

She then established herself as a consultant specializing in pensions, savings, retirement and investment-related issues both from a practical and policy perspective. She was a consultant to the UK Treasury for the Myners Review of Institutional Investment and worked on pensions policy with the Number 10 Policy Unit. She has more recently become involved in social care issues, working with Government, charities, industry groups and official review bodies.

She successfully spearheaded a multi-year campaign – totally unpaid – to achieve compensation for 150,000 workers who lost their final salary company pensions after being falsely assured by the Government that their pensions were completely safe, leading to the establishment of the Financial Assistance Scheme and the Pension Protection Fund. She also campaigned for compensation for the hundreds of thousands of Equitable Life victims. She was recently successful in highlighting the injustices of the UK annuity market and exposing the consumer detriment suffered by people buying unsuitable and irreversible annuity products. This contributed to the ending of automatic annuitisation for millions of future pension savers.

She is a frequent media commentator on pension issues and regularly writes articles and speaks at conferences on pension reform. She has won numerous industry awards and honours including Pensions Personality of the Year (twice), Industry Guru of the Year, Women in Public Life Award, The Times ‘Business Bigshot’ and one of the UKs top 50 Most Influential People in Pensions. She is well-known as an independent voice who understands both customer and provider viewpoints.

Ros has a first class honours degree in Economics from University College London, a Ph.D. degree in Economics from London School of Economics and was a Kennedy Scholar at Harvard. She was awarded honorary Doctorates by University of Westminster and University of Nottingham. She is a Governor of LSE, having also been a non-executive director and Chaired its Investment Committee for many years. She is also a Governor of the Pensions Policy Institute and an adviser to the International Longevity Centre.