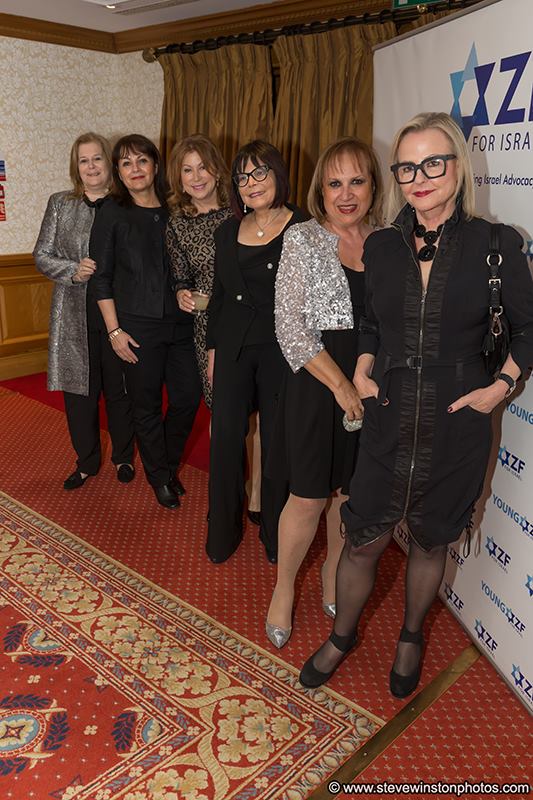 In March 2017 JLC member organisation the Zionist Federation hosted their annual dinner where they were joined by Moshe Ya’alon, the former Israeli defence minister.

While he was prepared to give up land for peace and firmly rejected the idea of annexing Area C, he suggested it was futile while Israel doesn’t even feature in Palestinian textbooks and payments are made to terrorists. He said: “Without dealing with education there’s no chance of a better future for them.”

Reflecting the view of the prime minister the one-time IDF chief of staff insisted the refusal of “too many parties in our tough neighbourhood” to recognise Israel as the nation state of the Jews was the core of the conflict. “We’re still fighting our independence war until today,” he said. “This is ignored in many circles.”

Western leaders were wrong to believe they can democratise parts of the Middle East where life is not sacrificed, he claimed. “In doing so they were seeking instant solutions by lack of knowledge, wishful thinking”.

Turning to Syria, he said Israel made it clear it would not take a position from the start, while setting out red lines including violation of its sovereignty. He also pointed to the treatment in Israel of 3,000 Syrians injured in the conflict.  “I’m a great believer in interests not illusions, whether using stick or a carrot in this case.”

Iran, he argued, has exploited a “bad deal” to dominate to the extent that any decision on whether Hezbollah should go to war with Israel would be taken in Tehran. However, he stressed there was now a “Persian-Arab war” rather than an Israeli-Arab war with Saudi Arabia, Kuwait, Egypt and Jordan joining Israel in viewing Iran as the primary enemy.

He said the ZF was leading in that battle against delegitimisation of Israel in the UK and called on British Jews not to “underestimate the challenge” – urging people to challenge “fake news and alternative facts”.

There was also a standing ovation during the dinner for Rami Sherman, who served as an IDF commando during the Entebbe raid to free more than 100 hostages on a hijacked plane from Paris . He detailed the historic raid from the decision of the government to negotiate with the terrorists to the order from unit commander Yoni Netanyahu to prepare for a battle inside the airport terminal, to the moment hostages were led to safety.

He said the UK was capital of the delegitimisation campaign against Israel and “time and time again when there is the need the ZF has organised visual support for Israel” including welcoming Netanyahu to London outside Downing Street or demonstrating against last year’s UN resolution 2334.

Musical entertainment on the night was provided by singer Tally Koren.