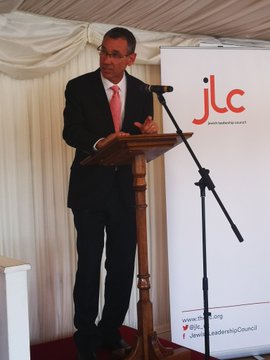 Jewish community organisations today held a meeting with Home Secretary Priti Patel, organised by the Board of Deputies of British Jews, to discuss topics including tackling antisemitism, countering extremism and safeguarding Jewish interests in the context of Brexit.

Board of Deputies President Marie van der Zyl led the delegation, which comprised colleagues from the Community Security Trust and the Jewish Leadership Council.

Jewish community organisations this week held a meeting with Universities Minister Jo Johnson, arranged by the Board of Deputies, to discuss topics including antisemitism and freedom of speech, religious freedom issues and ways in which the new government will be able to support Jewish students and academics.

Board of Deputies Vice President Amanda Bowman led the delegation, which comprised colleagues from the Union of Jewish Students, the Jewish Leadership Council, the Community Security Trust, and University Jewish Chaplaincy.

“I am pleased to have met with the Board of Deputies of British Jews and other members from Jewish representative groups today to discuss Jewish students and academics’ experience in higher education.

“I have listened to the concerns and challenges Jewish students face and I am clear that there is no place within higher education for any form of hatred or discrimination - including antisemitism. That is why the Government is working with the Office for Students and UUK to take action to ensure everyone can thrive at university.”

“The Jewish community is pleased to welcome Minister Jo Johnson back to the role of Minister of State for Universities, Science, Research and Innovation.

“We would like to thank the Minister for meeting with us, and for the opportunity to discuss key areas of importance for Jewish students, academics, and the wider community.

“The Minister’s previous work in the role on the issues of antisemitism and freedom of speech on campus reassures us that under this government, Jewish life on campus will thrive in a safe and welcoming environment for all. We look forward to working with the Minister addressing our shared priorities.”

You can read the letter here.

JLC Responds to the Appointment of Heather Mendick

In response to the Labour Party appointing Heather Mendick as a liaison to the Jewish community, JLC Chair Jonathan Goldstein said:

“It is beyond parody that the Labour Party has hired JVL’s Heather Mendick to attempt to build the relationship with the Jewish community.

“From her dismissal of the IHRA definition of antisemitism, to her support for Chris Williamson, to her accusation that antisemitism was being “weaponised against the Left”, makes her appointment pitiful.

“When we met with Jeremy Corbyn last year we made it perfectly clear what was needed to rebuild trust. He has proven that he is incapable of doing those things. This is a sinister move and we will not be engaging with Ms Mendick.”

Joint Statement from the Board of Deputies, CST and Jewish Leadership Council on Labour candidate for the Peterborough by-election

“The revelation that Labour’s Peterborough candidate Lisa Forbes liked a racist Facebook post accusing Theresa May of having a “Zionist Slave Masters agenda” as recently as April – and previously welcomed a post indulging the bizarre conspiracy theory that Mossad and the CIA are behind Daesh – brings in to question her suitability for public office.

Ms Forbes has now apologised, saying she had not seen these words, but this stretches the limits of credulity, especially given the high profile problems in Labour and the previous antisemitism scandals in Peterborough Labour circles, such as Alan Bull and last November’s resignation of two senior councillors, who said they had been pressured against when trying to complain about antisemitism.

Ms Forbes also says she will seek antisemitism training. This is somewhat ironic given her previous rejection of the IHRA definition of antisemitism.

We are fed up hearing that Labour opposes antisemitism while repeatedly hearing excuses that its members accidentally missed the racism that was staring them in the face.

Unless Labour disowns Lisa Forbes as a candidate, it will only confirm the Party’s shameful descent into the racist mess for which they are now being investigated by the EHRC.”

In the letter signed by the Board of Deputies of British Jews, the Jewish Leadership Council and the Community Security Trust, Willsman is condemned for his  “antisemitic slur”  in “accusing religious leaders from across the Jewish community of not only being liars, but of acting as a fifth column for a foreign state. It plays directly to age old accusations of Jewish conspiracy, treachery and dual loyalty. It is racist by any measure. It is also, ironically, one of the behaviours described as antisemitic in the definition of antisemitism that Labour’s leadership very grudgingly adopted last year, but have still failed to include anywhere on the Party’s website.”

The letter also notes “how efficient Labour’s disciplinary processes can be when there is the will to make them so.” 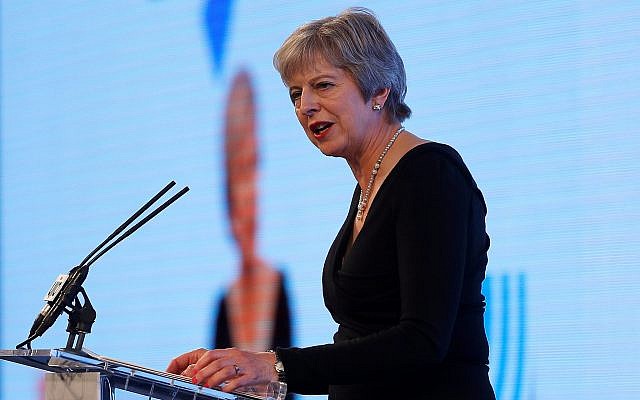 JLC Chair Jonathan Goldstein thanks Theresa May for her service

“We thank the Prime Minister for her service to this country as well as her long-term support for the Jewish community. From her action against antisemitism as Home Secretary to her Government's protection of faith schools, the proscription of Hizballah and the strengthening of ties with Israel, the Prime Minister has been a true friend. We wish her the very best for the future.”